Looking Back on Balanchine on His Birthday January 22, 1904

George Balanchine was born Georgi Melitonovitch Balanchivadze, in St. Petersburg, Russia, on January 22, 1904. At the age of 10, he entered the Imperial Ballet School (Vaganova) in St. Petersburg. His teachers were Andreanov, Gerdt, Skiraev and Gavlikovsky. In 1921, he entered the State Academy of Opera and Ballet and used set his earliest choreography on a group of fellow dancers. In 1924, when they were invited to tour Europe as the Soviet State Dancers, Balanchine defected along with Vladimir Dimitriew. 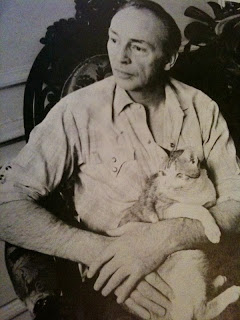 When Diaghilev died and the company disbanded in 1929, Balanchine moved from one company to another, until in 1933 when he formed his own company, Les Ballets. That same year, he met Lincoln Kirstein, who invited him to head the new School of American Ballet in New York City. Balanchine choreographed Serenade on these students, his first ballet in America.

In 1934, the American Ballet Company became the resident company at the Metropolitan Opera in New York where Balanchine did three new ballets: Apollo, The Card Party, and The Fairy's Kiss. In my own American Ballet Company program dated 1936-1937, the company performed; Errante, Mozartiana, Alma Mater, Transcendence, Serenade, Reminiscence and Dreams, all choreographed by Balanchine. But in the program he is listed as an Instruc 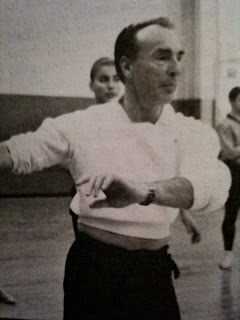 tor along with Vladimiroff, Stuart and Viltzak and Vladimir Dimitriew is listed as the Director of the school. Balanchine's contemporary ballet style and the Metropolitan's conservative artistic policy made this a short lived relationship and was terminated in1938.

In 1941, he choreographed Balustrade, to Stravinsky's violin concerto, for the Original Ballet Russe. He collaborated closely with the composer Igor Stravinsky, who he originally met through Diaghilev when they were in the Ballets Russes together. In total, Balanchine set more than 30 works to Stravinsky’s music. He continued to work with the Original Ballet Russe until 1946. Also in 1941, he joined Ballet Caravan and made a good-will tour of South America for the U. S. State Department.

Balanchine created more than 150 works for New York City Ballet, including The Nutcracker (1954), Don Quixote (1965), and Jewels (1967), and he also choreographed musicals and operas. Balanchine's work remains in the repertoires of many companies worldwide, and he is widely considered the greatest choreographer of the 20th century. Balanchine died in New York City on April 30, 1983.

Posted by MyBalletsRusses at 7:15 PM