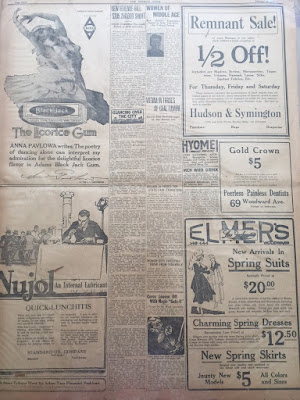 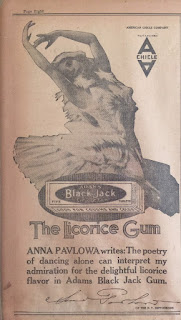 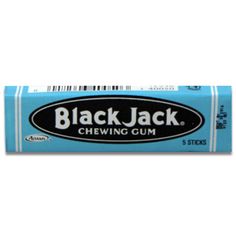 Posted by MyBalletsRusses at 8:09 PM No comments: 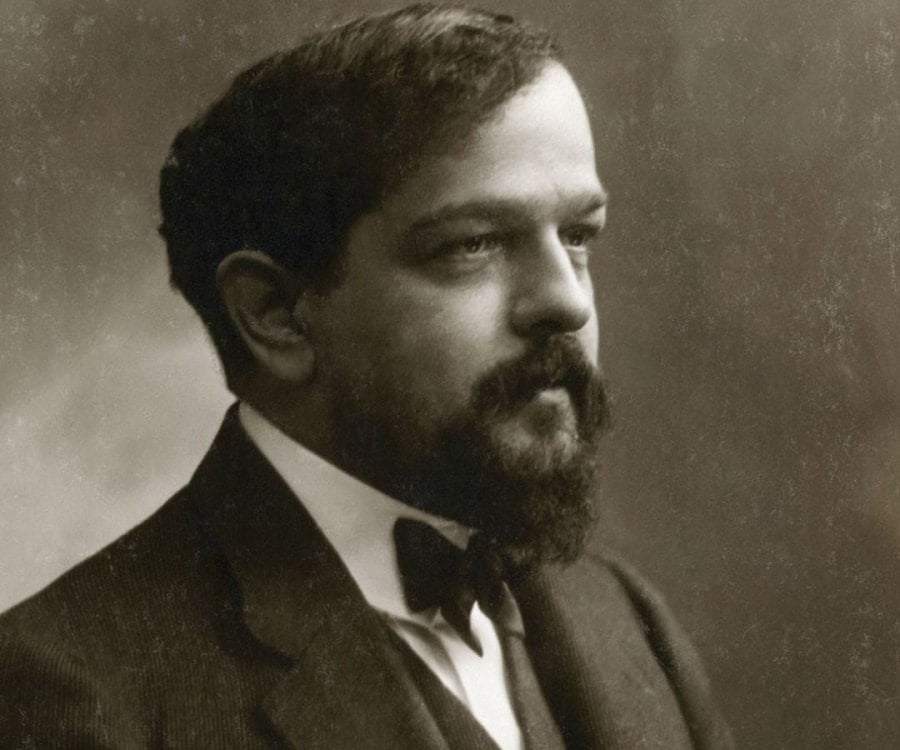 Claude Debussy was born in Saint-Germain-en-Laye, France, the eldest of five children. His father, Manuel-Achille Debussy, owned a shop where he sold china and crockery, and his mother, Victorine Manoury Debussy, was a seamstress. Debussy began piano lessons there at the age of seven. During the summers of 1880, 1881, and 1882, Debussy accompanied the wealthy patroness of Pyotr Ilyich Tchaikovsky, as she traveled with her family in Europe and Russia.


Jeux (Games) is the last work for orchestra written by Claude Debussy. It was written for the Diaghilev's Ballets Russes and choreographed by Vaslav Nijinsky. Set and costume design were done by Leon Bakst.

Jeux premiered under conductor Pierre Monteux on May 15, 1913 in Paris at Theatre des Champs-Elysees. Jeux was not well received, and soon eclipsed by Stravinsky's The Rite of Spring, which was premiered on May 29, 1913.

Claude Debussy was born in Saint-Germain-en-Laye, France, the eldest of five children. His father, Manuel-Achille Debussy, owned a shop where he sold china and crockery, and his mother, Victorine Manoury Debussy, was a seamstress. Debussy began piano lessons there at the age of seven. During the summers of 1880, 1881, and 1882, Debussy accompanied the wealthy patroness of Pyotr Ilyich Tchaikovsky, as she traveled with her family in Europe and Russia.

Other works include Khamma (1911–1912), La boîte à joujoux (1913) and Le palais du silence ou for the ballet. Further plans, such as an American tour, more ballet scores, and revisions of Chopin and Bach works for re-publication, were all cut short by the outbreak of World War I and his poor health. Debussy died in Paris on March 25, 1918.  Since Debussy died during the days of World War I, there were no public funerals. Debussy was buried in the small Passy Cemetery behind the Trocadéro.

Posted by MyBalletsRusses at 12:57 PM No comments: 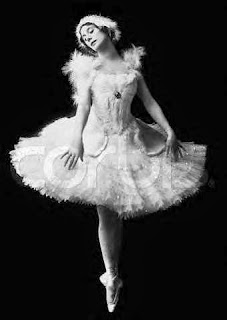 The Dying Swan (originally The Swan) is a ballet choreographed by Mikhail Fokine in 1905 to Camille Saint-Saëns's cello solo Le Cygne from Le Carnaval des Animaux as a pièce d'occasion for the ballerina Anna Pavlova.


The short ballet follows the last moments in the life of a swan, and was first presented in St. Petersburg, Russia in 1905. Inspired by swans that Anna Pavlova had seen in public parks and Alfred, Lord Tennyson's poem "The Dying Swan", Anna Pavlova asked Michel Fokine, who had also read the poem, to create a solo ballet for her for a 1905 concert being given by artists from the chorus of the Imperial Mariinsky Opera.
Posted by MyBalletsRusses at 12:47 PM No comments: 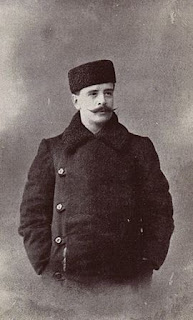 Riccardo Drigo was an Italian composer of ballet music and Italian Opera, a theatrical conductor, and a pianist. Drigo is most noted for his long career as Director of Music of the renowned Imperial Ballet of St. Petersburg, Russia, for which he composed music for the original works and revivals of the choreographers Marius Petipa and Lev Ivanov.

Riccardo Eugenio Drigo was born in Padua, Italy. Drigo attended the prestigious Venice Conservatory. Drigo graduated from the conservatory in 1864, and was hired as a rehearsal pianist at the Garibaldi Theatre in Padua.

In the spring of 1902, Drigo and a group of dancers from the Imperial Ballet were invited by Raoul Gunsbourg, director of the Opéra de Monte-Carlo, to produce a ballet in Monaco. Drigo composed the music for the ballet-divertissement titled La Côte d'Azur (The French Riviera), set to a libretto by Prince Albert I. The ballet premiered at the Salle Garnier on March 30, 1902, and featured the Prima ballerina Olga Preobrajenska.

Drigo's original scores for the ballet, he is most noted for Le Talisman (Petipa, 1889); La Flûte magique (Ivanov, 1893); Le Réveil de Flore (Petipa, 1894); and Les Millions d’Arlequin (a.k.a. Harlequinade) (Petipa, 1900). Drigo's score for Les Millions d’Arlequin spawned a popular repertory piece, the Serenade, which the composer later adapted into the song Notturno d'Amour for Beniamino Gigli. Drigo's work on Tchaikovsky's score for Swan Lake—prepared for the important revival of Petipa and Ivanov—is certainly his most well-known adaptation of existing music.

Riccardo Drigo died on October 1,1930 at the age of 74, in his birthplace, Padua. There is now a street in Padua which is named Via Riccardo Drigo in his honour.
Posted by MyBalletsRusses at 5:05 PM No comments:

The ballet Le Coq d'or (The Golden Cockerel) was originally staged in 1914 in London and Paris, by Michel Fokine for Diaghilev's Ballets Russes. This work was an opera-ballet, a danced interpretation of the Rimsky-Korsakov's epic opera of the same name, with the dancers accompanied by a chorus and solo singers.

In 1937, Fokine revised the work for the Ballets Russes company of Colonel W de Basil, creating a single-act ballet in three scenes which premiered at Covent Garden on September 23, 1937. For this straight-dance version, the Rimsky-Korsakov score was adapted and arranged by Nicolas Tcherepnin, and Fokine condensed the original opera libretto, which Vladimir Bielsky 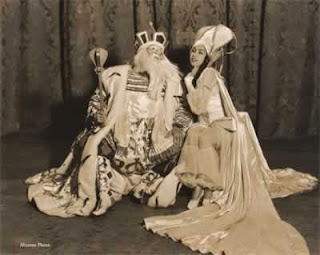 had adapted from a Pushkin poem. Artist Natalia Gontcharova based her neo-primitive set and costume designs on those she had made for the 1914 version, recreating the original curtain and modifying other elements to produce a brilliantly colourful tableau. Her costume for the Cockerel, using real gold thread, was introduced in the 1937 production, the 1914 version having used a prop to represent this character.

The United States premiere took place in the Metropolitan Opera on March 6, 1918 with Marie Sundelius in the title role, Adamo Didur and Maria Barrientos in the actual leads, and Pierre Monteux conducting. 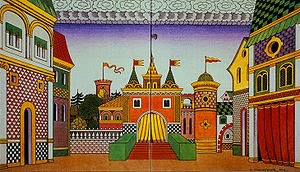 The story of Le Coq d'or concerns the fate of the lazy King Dodon when he renegs on his promise to reward an astrologer with anything he desires in exchange for the gift of a magical golden cockerel. Dodon is seduced by the beautiful Queen of Shemakhan, against whom he has been waging war, and brings her home as his bride. When the astrologer claims the Queen as his reward, the King kills him in a fit of rage and is, in turn, killed by the cockerel. Despite the surface naivety and humour, the story has strong undercurrents of both sensuality and satire. 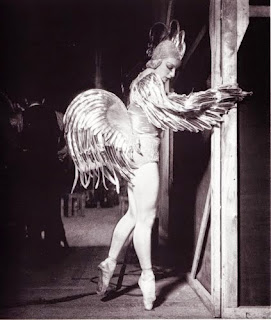 There is an emphasis in the 1937 version on the contrast between fantasy and reality, with the Astrologer reminding the audience at the end that, apart from himself and the Queen, all was illusion. The Golden Cockerel and the Queen are the only roles danced on pointe. Both are technically demanding, and provide strong balletic highlights amid the mime and burlesque elements.
Posted by MyBalletsRusses at 4:51 PM No comments: 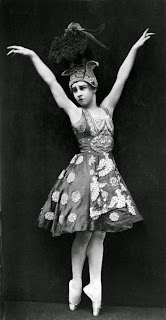 Lydia Lopokova was born in St. Petersburg, Russia on October 21, 1892. All of her siblings became ballet dancers, and one of them, Fyodor Lopukhov, was a chief choreographer of the Mariinsky Theatre from 1922-1935 and 1951-1956.

Lydia trained at the Imperial Ballet School. She left Russia in 1910, joining the Diaghilev's Ballets Russes. She stayed with the ballet briefly, leaving for the United States after the summer tour. She rejoined Diaghilev's Ballets Russes in 1916, dancing with her former partner Vaslav Nijinsky, in New York and later in London. She first came to the attention of Londoners in The Good-Humoured Ladies in 1918, and followed this with a raucous performance with Léonide Massine in the Can-Can of La Boutique Fantasque. 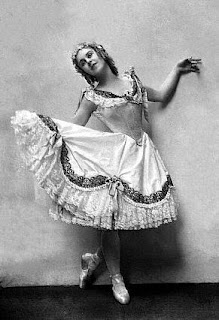 When her marriage to the company's business manager, Randolfo Barrochi, broke down in 1919, the dancer abruptly disappeared, but she decided to rejoin the Diaghilev for the second time in 1921, when she danced the Lilac Fairy and Princess Aurora in 'The Sleeping Princess'. During these years she became a friend of Stravinsky, and of Picasso, who drew her many times.

Lydia was known also as Lady Keynes, the wife of the economist John Maynard Keynes. In 1933, Lydia danced her last ballet role, as Swanilda in Coppélia, for the new Vic-Wells Ballet.

Read about her and her life in Bloomsbury book Ballerina.
Posted by MyBalletsRusses at 3:16 PM No comments: 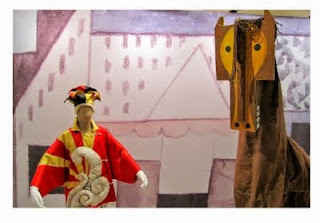 Parade was Picasso’s first collaboration with the Ballets Russes and in a letter sent to a friend, Jean Cocteau the librettist said “Picasso amazes me every day, to live near him is a lesson in nobility and hard work” (Rothschild 49).

Picasso’s studio in Rome had a little crate that held the model of "Parade" with its trees and houses, and on a table were the painted characters: the Chinaman, Managers, American girl, and horse.

Cocteau described his friend’s unusual artistic process: “A badly drawn figure of Picasso is the result of endless well-drawn figures he erases, corrects, covers over, and which serves him as a foundation. In opposition to all schools he seems to end his work with a sketch.” The audiences were amazed by the first ballet to have cubist costumes, sets, and choreography.
Posted by MyBalletsRusses at 2:58 PM No comments: