Alexandre Volinine was born in Moscow on September 16, 1882. He was a Russian-French dancer and teacher. Volinine studied at the Bolshoi Ballet School, with Tikhomirov and Gorsky and he graduated in 1901. After graduating, he was invited to join the Bolshoi Ballet and was quickly promoted to principal danseur in 1903. Volinine created roles in Gorsky's Robert and Bertram (1906) and Nur and Anitra (1907), and danced all the leading male roles in the classical repertoire.

He left the Bolshoi in 1910, first dancing with Diaghilev's Ballets Russes in the 1910 Paris season. It was here that he danced a Principal role in Fokine's Les Orientales, and then toured with Lydia Lopokova (1910-11) in America. He appeared with Gertrude Hoffmann's so-called Ballets Russes at the Winter Garden Theater in New York in 1911 and with Mikhail Mordkin's All-Star Imperial Russian Ballet (1911-12). Later Volinine partnered Adeline Genée on tour to America, Australia, and New Zealand (1912-13); also partnered L

Volinine most famous partner was Anna Pavlova. He danced with Anna Pavlova's company on its various world tours from 1914 to 1925, partnering Pavlova and creating the role of the Young Poet in her Autumn Leaves (1919).
In 1926, having retired from the stage, he opened a famous school in Paris, where his students included Babilée, Eglevsky, Jeanmaire, and Lichine. In 1946 he staged Giselle for the Royal Danish Ballet.
Posted by MyBalletsRusses at 1:35 PM No comments:

Olga was born in Rostov-on-Don, Russia. She was the daughter of an opera singer. After her father's death, she was sent to an orphanage in St. Petersburg with theatrical connections. She entered St. Petersburg's Imperial Ballet Academy in 1906, where she was a student of Klavdia Kulichevskaya and later of Agrippina Vaganova. After graduating in 1913, Olga joined the Mariinsky Theater, where she was promoted to Soloist in 1916. An exquisite romantic dancer with perfect technique, ideally suited for roles such as Giselle and Odette-Odile in Swan Lake, she quickly became one of the most admired dancers in the company.

In 1916, Diaghilev invited her to tour with his Ballets Russes in the United States. Olga danced with Nijinsky in Le Spectre de la Rose, Les Sylphides and the Bluebird pas de deux from Sleeping Beauty. In 1918 she returned to the Mariinsky, and was promoted to Ballerina.

In 1921, Olga performed with Diaghilev’s Ballets Russes as Aurora, in his revived The Sleeping Princess in London. She continued to perform with the Ballets Russes abroad, at the Teatro Colón in Buenos Aires in 1923. With the aid of her ex-husband Boris Kaplun, she left Russia for the last time in 1924, accepting an invitation to dance as an étoile (prima ballerina) at the Paris Opera Ballet, where she remained until 1932.
In 1932, Olga made another memorable guest appearance in London, dancing Giselle with Anton Dolin. From 1932 to 1937, she toured with a number of companies throughout the world, performing roles from both the classical repertoire and contemporary ballets by choreographers such as Michel Fokine and Bronislava Nijinska. In 1939, Olga moved to the United States where she taught and served as an advisor to the Ballet Theatre Foundation.
Olga suffered a nervous breakdown in 1943, and she was hospitalized. She remained institutionalized until 1963 when, with the help of her friends Anton Dolin and Felia Doubrovska, she was discharged and settled in Valley Cottage on the Tolstoy Farm. The Tolstoy Farm is a Russian community run by the Tolstoy Foundation in New York's Rockland County. It was founded by Countess Alexandra Tolstoy, daughter of the novelist, as a rest home for Russians. Recovered, she lived there in peaceful retirement for nearly three decades, dying at the age of 96.
Posted by MyBalletsRusses at 3:50 AM No comments:

André Derain was a French painter and co-founder of Fauvism with Henri Matisse. André Derain was born in 1880 in Chatou, Yvelines, Île-de-France, just outside . In 1898, while studying to be an engineer at the Académie Camillo, he attended painting classes under Eugène Carrière, and there met Henri Matisse. Matisse persuaded Derain's parents to allow him to abandon his engineering career and devote himself solely to painting; subsequently Derain attended the Académie Julian.

In 1907 art dealer Daniel-Henry Kahnweiler purchased Derain's entire studio, granting Derain financial stability. He experimented with stone sculpture and moved to to be near his friend Pablo Picasso. In 1914 he was mobilized for military service in World War I and until his release in 1919 he would have little time for painting. 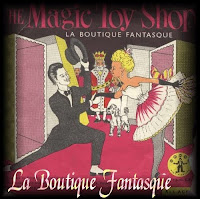 After the war, Derain in 1919 he designed the ballet La Boutique Fantasque for Diaghilev’s Ballets Russes. A major success, it would lead to his creating many ballet designs. The 1920s marked the height of his success, as he was awarded the Carnegie Prize in 1928 and began to exhibit extensively abroad — in , , Frankfurt, , City and .

During the German occupation of in World War II, Derain lived primarily in and was much courted by the Germans because he represented the prestige of French culture. A year before his death, he contracted an eye infection from which he never fully recovered. He died in Garches, Hauts-de-Seine, in 1954 when he was struck by a moving vehicle.

Today, paintings by Derain sell for as much as $6 million US dollars. The paintings were the subject of a major exhibition at the Courtauld Institute in 2005-06.

Posted by MyBalletsRusses at 3:18 AM No comments: