Tatiana Riabouchinska was born in Moscow on May 23, 1917. She studdied with Alexander Volinine and Mathilda Kschessinska. Tatiana made her debut in Paris with the Chauve-Souris revue in 1932. Tatiana was the one of the three “Baby Ballerinas”. She was only 15 when she joined the Ballets Russes de Monte Carlo, at the request of George Balanchine. She was known for her speed, her light, delicate style, her musicality, and her sensitive interpretation of roles.
Tatiana stayed with the Ballet Russe de Monte Carlo until 1942. Afterwards she would go on to guest with Ballet Theatre, now ABT, the Original Ballet Russe, Ballet des Champs-Elysées, and the London Festival Ballet.

Tatiana created the role of the Florentine Beauty in Paganni, which some consider to be her finest work, due to a nearly impossible set of whirling pirouettes that she executed before collapsing at the feet of Paganini. Dance critic Arnold Haskell called her performance, “among the most moving I have seen on the ballet stage.” Tatiana was also the Junior Girl in Graduation Ball, title roles in Coq d'Or and Cinderella. Tatiana married fellow dancer and choreographer David Lichine. She passed away in 2000, just after teaching a ballet class.
Posted by MyBalletsRusses at 3:03 PM No comments:

Carlotta Grisi was an Italian ballet dancer. She was born on June 28, 1819 in Visinada, Istria (now part of Croatia) and died on May 20, 1899 in Saint-Jean, a district of Geneva, Switzerland.

She was trained at the ballet school of Teatro alla Scala in Milan and later with dancer/balletmaster Jules Perrot. At her 1836 debut in London Grisi performed with the accomplished danseur Jules Perrot. She next appeared in Paris at the Théâtre de la Renaissance (1840) and a year later, toured with Perrot to other parts of Europe. Through Perrot's contacts, the pair worked in Paris, London, Vienna, Munich, and Milan where she sang and danced. 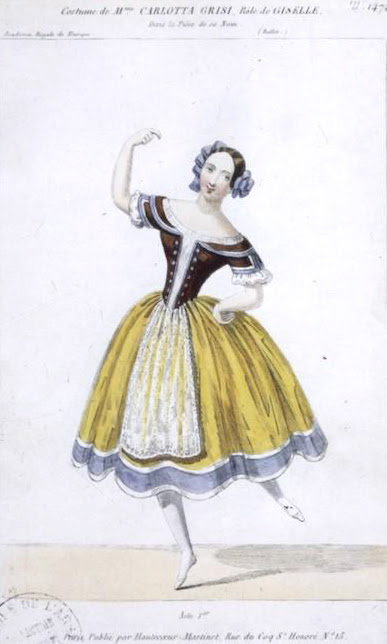 Her greatest role however was that of Giselle. The world première of this two-act ballet was on June 28, 1841 at the Theatre de l'Academie Royale de Musique, Paris. The part of Albrecht was danced by Lucien Petipa, (the brother of the great Marius Petipa), with the part of Myrtha, Queen of the Wilis danced by Adele Dumilatre. It caused a sensation and inspired its reviewers to proclaim Giselle to be the greatest ballet of its time and a triumphant successor to the Romantic masterwork La Sylphide. As such, it immediately established Grisi as a star in her very first full-length ballet in Paris. Her salary grew from 5,000 francs to 12,000 in 1842 and 20,000 by 1844, with additional performance fees on top. Grisi's last performance in the west was in Paul Taglioni's Les Métamorphoses (aka Satanella, 1849). 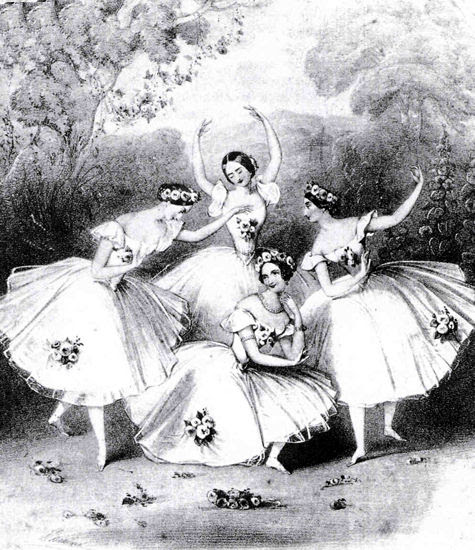 In 1850, she joined Perrot in St. Petersburg, Russia, where he had been appointed balletmaster, and she danced Giselle at the Imperial Bolshoi Kamenny Theatre. The first Giselle in Russia had been danced by Fanny Elssler, and so the initial reaction to Grisi's interpretation of the role was not enthusiastic. However, over time the Russians appreciated her talents. She was Prima Ballerina of the St. Petersburg Imperial Theatres in St. Petersburg from 1850 to 1853, working not only with Perrot but also Joseph Mazilier who staged for her La Jolie Fille de Gand and Vert-Vert especially for her.
In 1854, with her daughter, she left Russia for Warsaw, where she intended to continue dancing, but she became pregnant by Prince Léon Radziwill who then persuaded her to retire from ballet at the height of her fame. Grisi gave birth to her second daughter, Léontine Grisi, and, at the age of 34, settled near Geneva to spend the next forty-six years of her life in peaceful retirement. She died in Saint-Jean, Geneva, Switzerland, on May 20, 1899, a month before her 80th birthday.
Posted by MyBalletsRusses at 6:34 PM No comments: 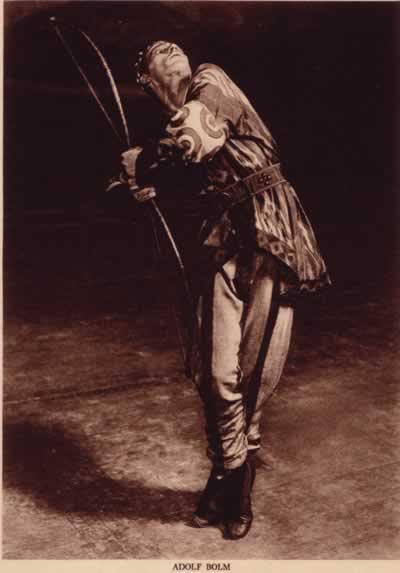 Prince Igor was first performed in St.Petersburg, Russia, in 1890. It is an opera by Alexander Borodin, written in four acts with a prologue. The composer adapted the libretto from the East Slavic epic The Lay of Igor's Host, which recounts the campaign of Russian Prince Igor Svyatoslavich against the invading Polovtsian tribes in 1185. The opera was left unfinished upon the composer's death in 1887 and was edited and completed by Nikolai Rimsky-Korsakov and Alexander Glazunov.
The world premiere of the ballet was given in St. Petersburg on November 4, 1890 at the Mariinsky Theatre. Set designers were Yanov, Andreyev, and Bocharov, while
Lev Ivanov was balletmaster.
Moscow premieres followed later.

The first was given in 1892 by the Russian Opera Society, conducted by Iosif Pribik. The Bolshoi Theatre premiere was given in 1898 and was conducted by Ulrikh Avranek
Other notable premieres were given in Prague in 1899, and in Paris on May 19, 1909, with Sergei Diaghilev's Ballets Russes and Fokine’s choreography. London saw the same production in 1914 conducted by Thomas Beecham.
In 1915, the United States premiere took place at the Metropolitan Opera, but staged in Italian and conducted by Giorgio Polacco.
Posted by MyBalletsRusses at 8:52 PM No comments:

Rosenberg Lev Samoylovich, called Bakst, was a painter and a stage designer of Belorussian birth. He was born in Grodno on May 10th 1866 and he died in Paris on December 27, 1924.
He began his professional life as a copyist and illustrator of teaching materials but quickly moved on to illustration of popular magazines. His tastes were influenced and horizons enlarged when he met Alexander Benois and his circle in 1890.

With Benois and Serge Diaghilev, he was a founder of the (Mir Iskusstva) group in 1898 and was largely responsible for the technical excellence of its influential magazine. In 1906 he became a drawing teacher at the Yelizaveta Zvantseva's private school in St Peterburg, where his pupils included Marc Chagall. 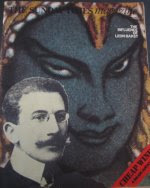 Bakst realized his greatest artistic success in the theatre. Making the debut with designs for stage productions at the Hermitage and Alexandrinsky theatres in St Peterburg (1902-1903), he was then commissioned for several works at the Maryinsky theatre (1903-1904). In 1909, he collaborated with Diaghilev in the founding of Ballets Russes, where he acted as artistic director, and his stages designs rapidly brought him international fame.

His colorful exotic costumes and decors for Diaghilev's Scheherazade (Paris, 1910) caused a sensation. Between 1909 and 1921 he designed more Diaghilev productions than any other artist; his name became inseparable from the Ballets Russes.
Bakst was an accomplished painter, as well as designer, in the World of Art group. His costumes for Diaghilev’s revival of Imperial Ballet, The Sleeping Princess (London, 1921) was appropriately traditional as may be seen from his Design for Columbine from the ballet (London, Theatre Museum). Other examples of his designs for Diaghilev are to be found in the Australian National Gallery in Canberra.
Posted by MyBalletsRusses at 4:22 PM No comments:

Le Dieu Bleu is a one act ballet by Jean Cocteau and Federigo de Madrazo. Fokine was the choreographer and music was by Reynaldo Hahn with décor and costume by Leon Bakst. Le Dieu Bleu premiered May 13, 1912 at Theatre du Chatelet in Paris.
Cocteau wrote the scenario for Ballets Russes’s Le Dieu Bleu after working with Diaghilev since 1911, and designing posters for Spectre de la Rose using portraits of Nijinsky and Karsavina, in 1912. Cocteau and Hahn were inspired by Hindu legends, and Fokine the bas-reliefs of Brahman temples and Siamese dancers. Sadly, Le Dieu Bleu was not successful and removed from the repertoire the following year.
Posted by MyBalletsRusses at 6:38 PM No comments: